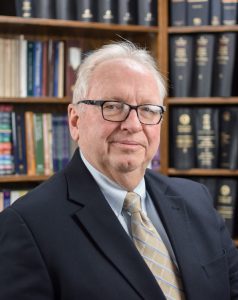 The passing of our Managing Partner, Rex Kaup, is mourned by our Firm with great sadness. Rex was the leader of our firm and a leader in the community. His absence will be felt by all who knew him.

Rex was a lead partner since 1979 when YOBCO was sold from the Estate of Edward Brown to four CPA employees. At that time, YOBCO had 16 employees and Rex had been instrumental in YOBCO’s expansion to present level. He was active in the for-profit sector of the firm in auditing, reviews, compilations, tax planning and preparation for any type of business enterprise and their owners. Much of his career had been spent in the merger, acquisition and sale of privately-owned businesses and the financing involved in these transactions. In addition, he was involved as an expert witness in various litigation matters in central PA courts. He also prepared business valuations as a part of various engagements. Prior to coming to YOBCO in the mid-1970s, he was employed in Washington, DC.

Rex was active in the firm’s trade association, now called Allinial, on its small business committee.

Rex served as the Treasurer of the Rotary Club of Altoona for 40 years and was honored as a Paul Harris Fellow by Rotary International for his service to Rotary and its causes.

At Penn State, he was a member of the Altoona Campus Advisory Board and served as Treasurer and an Executive Committee member for more than 20 years. He was a Past President of the Penn State Alumni Association. He was awarded an Alumni Achievement Award by the University for his volunteerism over many years.

With our local Chamber, he was on many committees over the years and was on the steering committee to organize and create the successful Leadership Blair County program. He participated in the Chamber’s “Role Model” program and was Chairman of the Chamber membership development committee.

In the mid-1990s, he was asked to serve on the organization committee to establish the Central PA Community Foundation, which has become a highly successful not-for-profit in our area.

Rex graduated with a Bachelor of Science Degree from the Smeal College of Business from The Pennsylvania State University in 1973. 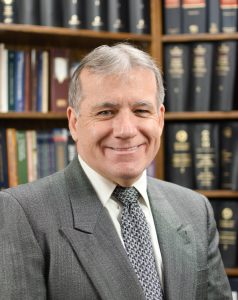 Dan is the co-author of a highly rated continuing professional education course book that is presently being utilized on a national basis, and is a sought-after lecturer, predominantly in the areas of auditing and accounting related to governmental units, not-for-profit organizations, and for profit organizations. His skills as an instructor have won him various awards as an Outstanding Discussion Leader and Instructor, including being named the AICPA’s 2015 Outstanding Discussion Leader. 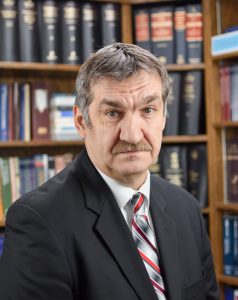 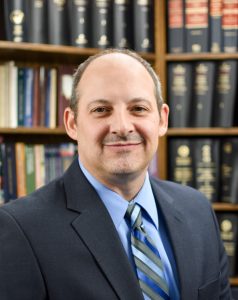 Jim is a Certified Public Accountant who has been working in public accounting since 1992. Jim started with YOBCO in 1995 and became a shareholder/partner on January 1, 2013. Jim’s areas of professional concentration include auditing, accounting and consulting for for-profit and not-for-profit organizations, and business and individual tax planning and preparation. He is a member of the American and Pennsylvania Institutes of Certified Public Accountants and is a graduate of the Blair County Chamber of Commerce Leadership of Blair County Class of 2012. He is a member of his local church, a member of the Altoona Chapter of AMBUCS, the local chapter of a national service organization dedicated to creating mobility and independence for people with disabilities, and is active in many local community events. Jim holds a Bachelor of Science Degree from the Pennsylvania State University’s Smeal College of Business. Jim and his wife, Cheri, have two daughters and reside in Blue Knob.

David L. Baumgartner graduated from Penn State with honors with a Bachelor of Science degree in accounting, and received CPA certification in the mid 1970s. David has been a shareholder in YOBCO since 1979. His areas of expertise include tax return preparation and audits of financial institutions, manufacturers and retailers. He is involved in various church and civic organizations and has been active in Rotary for 40 years.

Michael J. Maier graduated from Penn State University with a Bachelor degree in accounting. He received his CPA certification in 1980. His areas of expertise include Estate and Trust taxation. He is a member of the AICPA and PICPA.

Amy Benton is a graduate of Pennsylvania State University with a Bachelor of Science in Accounting with honors. She started with YOBCO in July 2017 and specializes in payroll accounting.

Kelly Elder graduated from St. Francis University with a Bachelor of Science degree in accounting, and has been with YOBCO since 2015 where she specializes in governmental and non-profit entities. She is active in AICPA and PICPA.

Wesley Elder has been with YOBCO since 2016, and specializes in audits of government agencies, school districts, and individual taxes. He is a licensed CPA with a B.S. in business/financial services and a Master’s from Penn State University. He holds a membership in the Pennsylvania Institute of Certified Public Accountants.

Andrew Gottshall has been with YOBCO since May of 2020. He has a B.S in accounting from the Indiana University of Pennsylvania and is pursuing his CPA license.

Jamie Johnson is a CPA with a B.S. in Accounting from Penn State University. Specializing in not-for-profit, governmental, affordable housing, and service organization engagements, she’s been with YOBCO since 2011. She is an active member of the Kiwanis Club of Altoona.

Ian graduated from Washington and Jefferson College in May 2019 with a BA in Accounting and joined our staff. He is actively working towards obtaining his CPA license.

Sharon McConnell holds a Bachelor of Science Degree in Accounting with minor in Information Technology from Mount Aloysius College, and has been with YOBCO since May 2011. Her areas of responsibility include employment, property, quarterly taxes, QuickBooks, and fringe benefits taxation. She is an active member of Trinity United Methodist Choir, where she serves as treasurer and sings in the choir.

Ben Miller is a Certified Public Accountant, Certified Fraud Examiner, and Peer Reviewer Team Member with Employee Benefit Qualifications. He holds a B.S. in Accounting from Pennsylvania State University and has been with YOBCO since 2009, where he specializes in auditing with a focus in manufacturing, construction, architecture/engineering, and Employee Benefit Plans. He is an active member of Sunrise Rotary Altoona.

Kevin Norton holds a B.S. from Clarion University of Pennsylvania. A member of YOBCO’s staff since 1998, he specializes in multi-state taxation. He is a member of the Pennsylvania Institute of Certified Public Accountants. Kevin is a graduate of the Blair County Chamber of Commerce Leadership of Blair County Program.

Tom graduated with a B.S. degree in Business Administration (Accounting) from Geneva College and started with the firm in 2004, with prior experience in both public accounting and manufacturing. He practices auditing and taxation. Tom is married, lives in Altoona, and has five children. He is a member of Westminster Orthodox Presbyterian Church, Altoona Fairview Cemetery Association, and the Kiwanis Club of Altoona. Tom is a graduate of the Blair County Chamber of Commerce Leadership of Blair County Program.

Christopher Shirock, who holds a B.S. in Accounting from Mount Aloysius College, began working with YOBCO in 2008. He is a graduate of Leadership Blair County, serves as treasurer of his church, and also serves as a board member of the Gallitzin Moose. He is also a member of Altoona AMBUCS, the local chapter of a national service organization dedicated to creating mobility and independence for people with disabilities.

Julie Tyler holds a B.S. from Clarion University of Pennsylvania. She has been with YOBCO since 2002, and specializes in audits of for-profit entities. Julie is a member of the Pennsylvania Institute of Certified Public Accountants, as well as the American Institute of Certified Public Accountants. Julie is a graduate of the Blair County Chamber of Commerce Leadership of Blair County Program.

With over 85 years combined experience, our administrative staff works closely with the Partners and staff to process final reports and tax returns, handle client relations and billings.